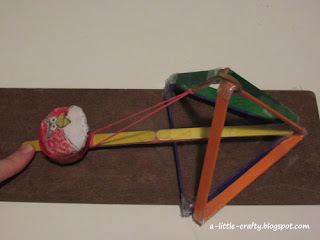 I wanted to make the craft stick catapult from the tutorial on Storm the castle. We bought the popsicle sticks, and then decided to scale it down to one stick per side of the triangle, and 3 sticks for the launching arm. 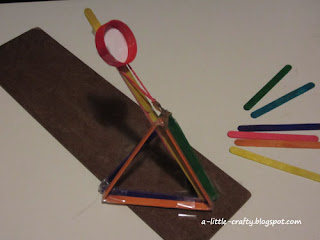 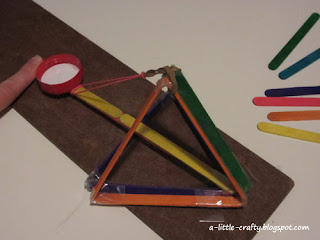 It is such a simple, sturdy and nice design that I really could do it with the kids. Mr 5 made one triangle, I made the other 2, and Miss 3 made a house. We stuck them together and then all of us made the launch arm. We used a bottle top for the launch cup. I added some extra reinforcing sticky tape, and (after a few trials) stuck it to a bit of fiber board we had floating around. 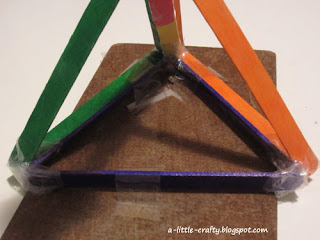 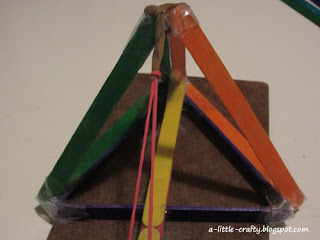 We started with a rolled up ball of paper, which the kids launched at each other. But after a while this game lost its zing for Miss 3, so I suggested they try and knock down a pile of boxes.

What better creature to knock down boxes than a beloved angry bird, which I have been itching to make anyway? 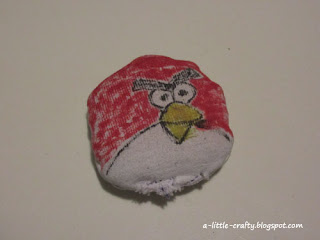 The angry birds were about as simple a project as they come.
1. Fold an old piece of curtain with a white lining in two, with the lining on the inside.

2. Trace around a bottle cap, and then sew the material together in a circle (mine was a fraction bigger than the traced line) being sure to leave a gap for reversing and filling.

3. Turn the bag inside out.

4. Fill the bag with whatever you have to hand, I used rice.

5. Sew the hole up (hand stitching would look pretty. I just zig zag stitched on the machine, as I wanted to finish before the kids lost interest.

6. Google an image of angry birds, and copy the outline of a bird or pig on the bag, colouring it in with pen (or paint). 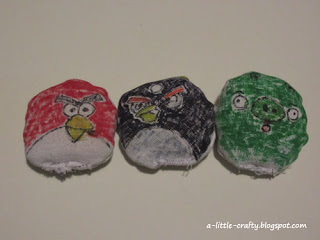 The kids were delighted and had a great time piling up boxes and knocking the pig off, and even Mr Crafty thought it was worth a play. 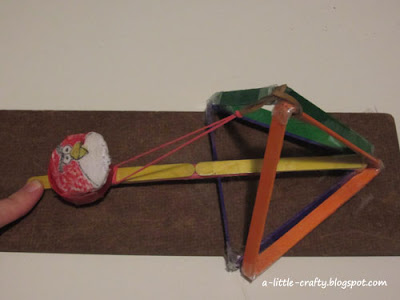