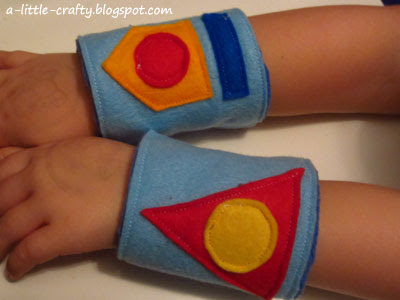 I wanted to make a present for Mr 5's teacher who is going on maternity leave. I had planned to make a taggy toy, but then I saw her receive a half a dozen soft toys from other people in the class, and decided that something for her 3y/o son would be more useful. These were super simple to make. In total designing, cutting and sewing took 45 minutes. 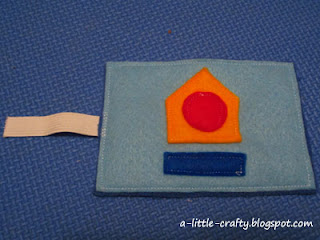 I measured around Miss 3's wrist and left a gap of about 3cm for the elastic. This gave me a fabric size of approx. 12cm x 8cm.

I cut two rectangles, one of felt, and the other of fleece. The fleece square was half a cm bigger on each side, this meant that when it got a bit misaligned due to stretching when sewing, I could just trim the fleece and it looked neat again. The fleece should be nice and soft on little arms.

I cut a few other felt shapes to make them look interesting and then sewed everything together. The elastic (about 5cm long) was a little fiddly to sew on the second end, but I just pinned it in place and took extra care I wasn't sewing bits together that weren't meant to be sewed together. 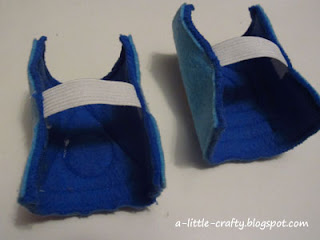 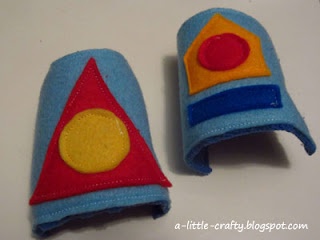