I've been wanting to make a magnetic shapes game, and we got another large magnetic in with the junk mail recently. So, inspired by Delia Creates, I had a go at making my own. Actually making 2 of my own, I thought that would be more fun and peaceful. 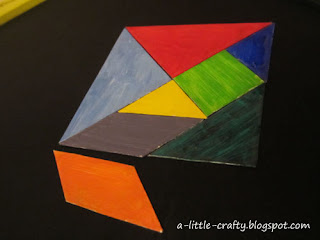 I decided to paint the pieces, as the last time I made the triangular dominoes using magnets and paper stuck on top, I found they really needed to be covered in plastic contact paper to stay nice. I was hoping to skip this step (which I found I really couldn't... more on that later). 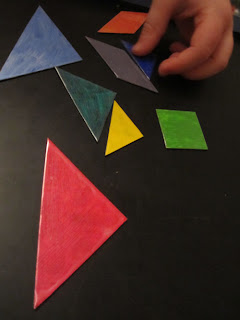 I used stick glue to stick the pattern on, and then once I'd cut the pieces out, I removed the paper. I painted the magnets in white first and then in a colour.

I printed out some simple shapes, only to realise that the original game expects the parallelogram piece (the only one that isn't symmetrical) to be turned over when necessary. That doesn't work so well with magnetic pieces, and the kids were not up to making a mirror image of the whole design. So I had two choices, either print out only the designs with the parallelogram in the right orientation, or make a mirror image parallelogram. I decided the second choice was FAR easier. There's a bucket load of designs out there, and it's so much easier to know anything you print can easily be attempted. 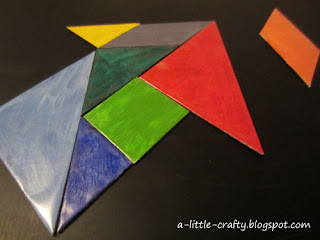 So back to the making, I made two more mirror image parallelograms (one for each of the two sets), painted them, and then seeing as the original pieces were starting to loose their paint already, I covered them all in contact (which makes them a bit easier to pick up and they feel a bit nicer to handle too. 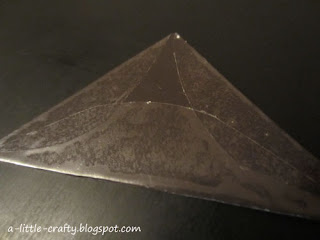 Done. Again. This time for real.

And the kids love it. Miss 3 likes to have help to do it. Mr 5 is fine with a pattern, but I haven't tried him on the shadow outlines yet.

Now I'm dreaming of making a nice little magnetic folder for them to be stored in and travel in. 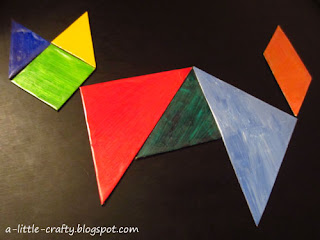